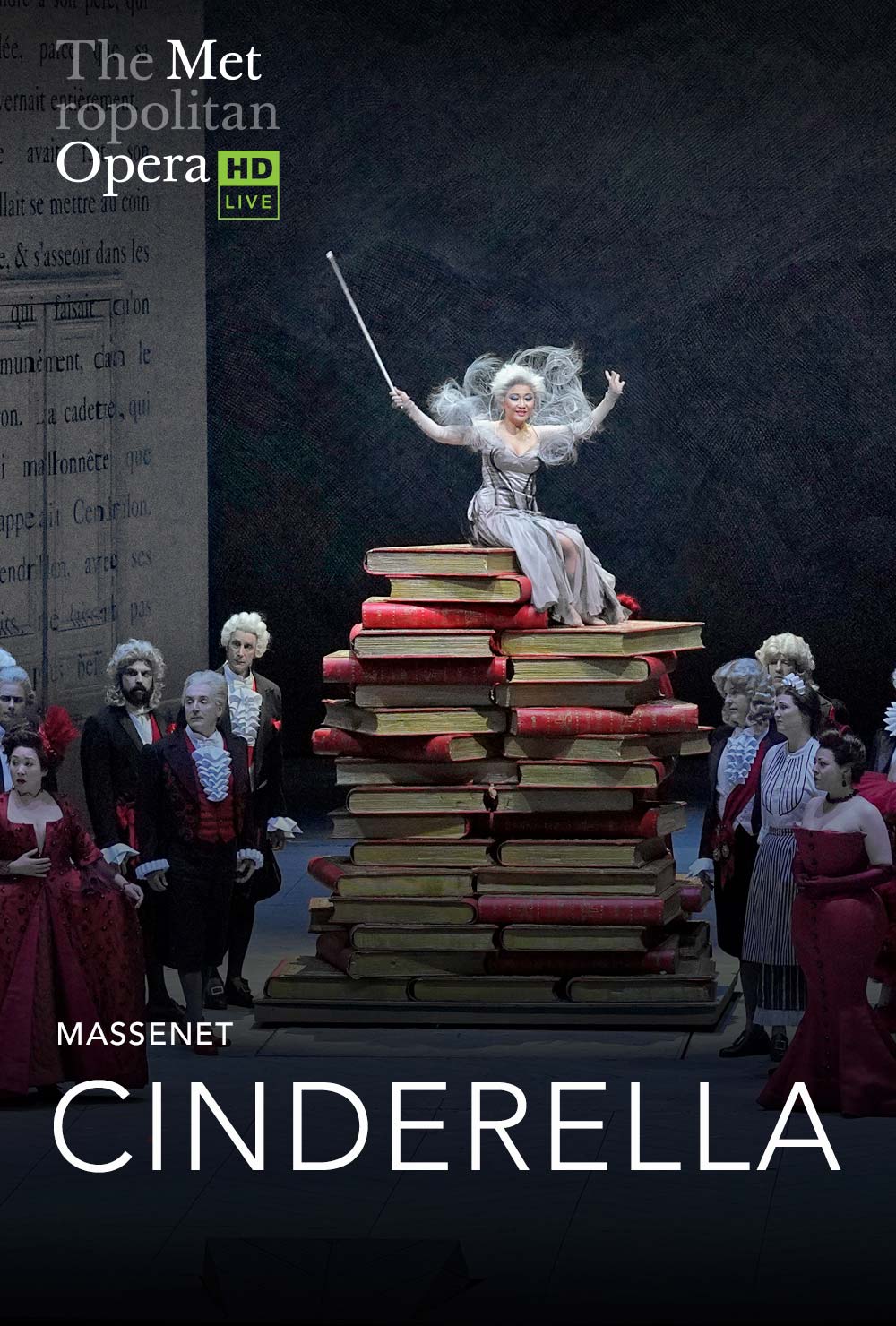 ACT I
The household prepares for a ball to be given at the royal court that evening. Pandolfe bemoans his lot: married to a nagging wife who ill-treats his daughter. Madame de la Haltière enters and instructs her daughters on how to behave at the ball. She refuses to let Cinderella attend the festivities or to let her father say goodbye to her. After her family has left, Cinderella dreams of the ball, before falling asleep. Cinderella’s fairy godmother appears and conjures her a coach, horses, a beautiful gown, and glass slippers. She tells Cinderella that she can go to the ball but must leave before midnight and that the glass slippers will prevent Cinderella’s family from recognizing her.


ACT II
Prince Charming is in a melancholy mood. The king orders his son to find a wife at tonight’s ball. Later, at the ball, several princesses dance for the prince. An unknown beauty, Cinderella in all her finery, enters the room to general surprise. The whole court—except Madame de la Haltière and her daughters—are charmed by the stranger, and the prince immediately falls in love with her. Left alone with Cinderella, he tells her of his feelings and begs her to tell him her name, but she says she cannot. Cinderella is equally taken with the prince, but at the first stroke of midnight, she hurries away, remembering the fairy godmother’s words.


ACT III
Cinderella remembers her frightening journey home from the royal palace and how she lost one of her glass slippers as she left the ball. Madame de la Haltière and her daughters enter, abusing Pandolfe. Madame de la Haltière then describes to Cinderella the “unknown stranger” who appeared at the king’s ball, telling her that the prince spoke contemptuously of the girl and that the court regarded her with disdain. Cinderella is crushed. When Pandolfe tells his wife to be quiet, she turns on him again, but Pandolfe has finally had enough and sends Madame de la Haltière, Noémie, and Dorothée out of the room. He suggests to Cinderella that they leave town the next day and return to his country estate.


ACT IV
Madame de la Haltière, Noémie, and Dorothée enter, excited that the king has summoned maidens from all over the land in the hope that one of them is the unknown beauty whom the prince met at the ball. Madame de la Haltière is sure that the prince must mean one of her daughters and is determined to go to the palace. A herald announces that the prince is insisting that each woman who appears at court must try on the glass slipper left behind by the unknown beauty, for it will only fit perfectly upon her foot. Cinderella resolves to go to the palace as well.

The prince is desperately searching for his beloved among the young women summoned to the palace. Having not found her, he despairs, until Cinderella arrives, aided by the fairy godmother. The prince immediately recognizes Cinderella, and the pair declare their love to the court. Pandolfe and the rest of Cinderella’s family express their surprise, and everyone rejoices that love has triumphed.