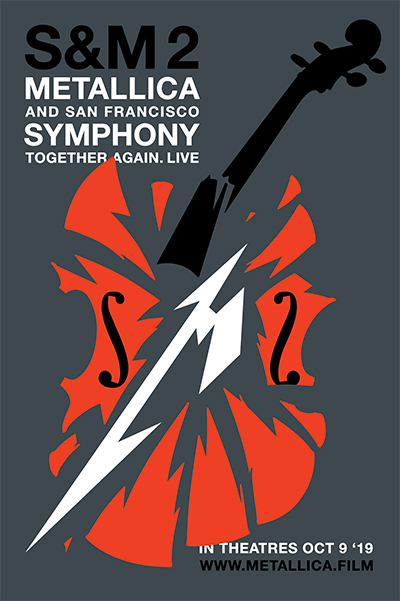 On October 9, Metallica joins together with The San Francisco Symphony Orchestra For the first time in twenty years to once again stage their landmark concert and live album, S&M Filmed across two sold out shows at San Francisco’s Chase Center, this live concert experience is now only available in cinemas Featuring a specially filmed introduction from the band exclusive to cinemas the concert will feature many of the songs from S&M, plus several newer Metallica songs (and maybe a few surprises!) re-arranged in this unique contex.