Moonraker + For Your Eyes Only 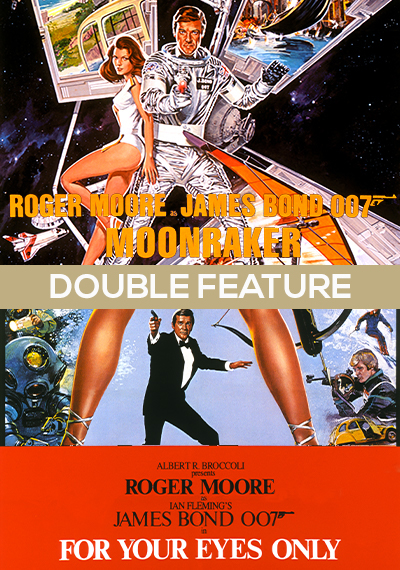 FOR YOUR EYES ONLY – 1981
James Bond is assigned to find a missing British vessel, equipped with a weapons encryption device and prevent it from falling into enemy hands. The impressive rock climbing sequence would go on to influence films such as Mission Impossible 2.