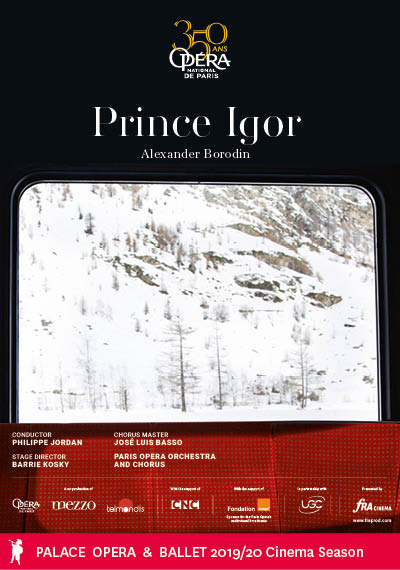 New Production! Borodin’s only opera, this headily melodic Russian epic, best known for its Polovtsian Dances, questions the responsibilities of a leader with regard to his people.

Having ceded power to his despotic brother-in-law (Dmitry Ulyanov) in order to go to war, Igor (Ildar Abdrazakov) and his son (Pavel Černoch) are taken prisoner. From his refusal to negotiate with the enemy to his return home, the prince’s deeds invite us to reconsider our own moral values.

Announcement (20/12/19): Due to major national strikes across France, PRINCE IGOR was unable to be filmed, and is thus no longer able to be screened.

Ticket holders are advised to contact the venue box office prior to the date of your screening, to arrange a full refund.