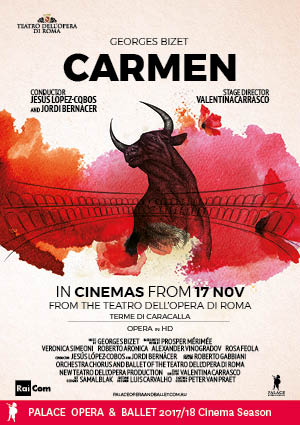 New Production! Captured live over the European summer from the most evocative stage in the world, amidst the impressive ruins at the Baths of Caracalla, this colourful new production from exciting Latin director Valentina Carrasco of La Fura dels Baus, sets Bizet’s masterful tale of the explosive, passionate, and destructive love of a woman who values her freedom above all else not in 19th Century Spain, but on the border between Mexico and the United States, where President Trump has earmarked his famous wall. The star cast is led by acclaimed Italian mezzo-soprano Veronica Simeoni.