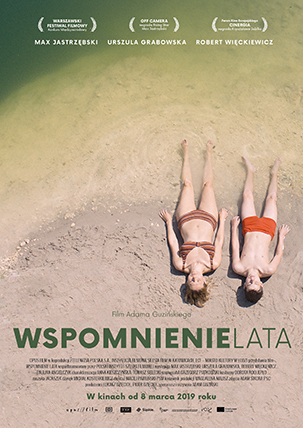 An intimate, evocative and beautifully shot coming-of-age film by writer-director Adam Guziński, with a dazzling performance by teenage actor Max Jastrzębski. Set against a magical summer world of late 1970s, the film captures the innocence of childhood confronted by unexpected challenges of early adulthood.
It’s a beautiful summer in a small provincial town. With his father constantly away for work, twelve-year-old Piotrek has developed a very strong bond with his beautiful mother Wisia. Their special mother and son relationship becomes complicated when his mum starts going out almost every evening.

WINNER: Crystal Apple for Best Polish Debut, European Film Forum, Łódź I 2016
for: “delicate and full of humanistic sensitivity portrayal of adolescence of a teenager and the drama of his mother, torn between family duties and feminine passion, and for faithfully embedding their story in the realities of the so called PRL, Communist lead The Polish People’s Republic.”