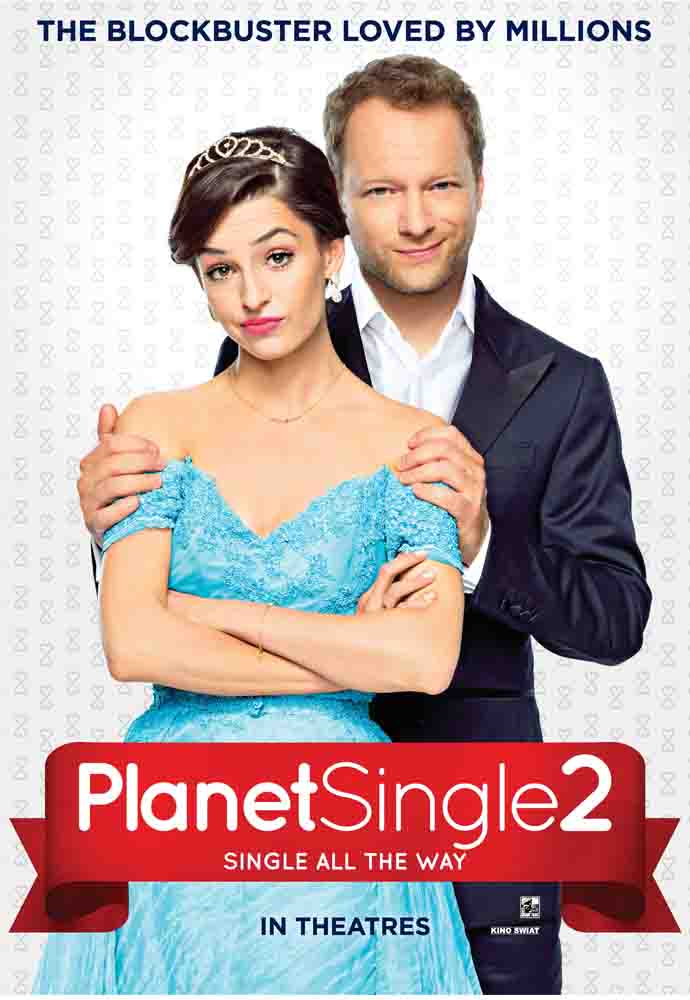 The sequel to the wildly successful 2016 smash hit that had almost two million admissions and became the second most popular Polish film of the year. In Planet Single 2, Ania and Tomek, the couple brought together by a dating app, are going through a major crisis. The showman and TV celebrity that Tomek is has no intention of settling down. Ania, on the other hand, wants a firm commitment. Ania soon realises there is another man right beside her, and her perfect match too – Alexander, the creator and owner of the Planet Single app. With a serious rival for the heart of Ania looming on the horizon, Tomek will have to decide what matters most.