PFF20 The Taste of Pho 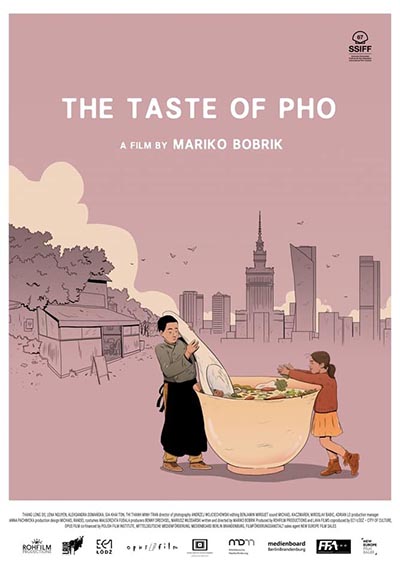 A warm story about love, food and being torn between two cultures. A Vietnamese cook living in Warsaw struggles to fit into the European culture, which his ten year old daughter has already embraced as her own.

Long, a widowed cook who has mastered his pho soup recipe to perfection, lives with his 10-year-old daughter Maja in Warsaw. On the surface he seems well integrated into his new country, although not as well as his daughter who constantly reminds him they live in a European country where things are different than in Vietnam. She doesn’t understand his heritage, and he doesn’t want to forget about it. When Long’s boss decides to return to Vietnam, the Vietnamese restaurant is converted by the new owner to a combination of sushi bar and Thai restaurant. Adapting to this change is still only a minor challenge to Long compared to raising his rebellious daughter as a single parent.

THE TASTE OF PHO had its world premiere at the San Sebastian Film Festival. It is a feature debut of Japan born Mariko Bobrik who now lives in Poland, where Vietnamese people are one of the largest ethnic minorities. While she gives the audiences an insight into the life of Warsaw’s Vietnamese community, her story is much more universal and will strike a chord with many Australians of diverse heritage.