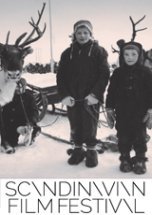 SCA16 Reindeer in My Saami Heart

Born into a nomadic Saami reindeer herding family in the Arctic Circle after WWII, Inghilda Tapio is a member of Sweden's own 'stolen generation,' forced by the Swedish government to attend residential boarding schools in the early 1950s. At the age of seven, Inghilda was removed from her teepee home, reindeer herds and Saami parents for months at a time, isolated and confused by the difficult Swedish language and intimidated by the unfamiliar school environment and foreign customs. Despite these challenges, Inghilda continued on to university to become a poet, performer, teacher and international representative for Saami writers.

One of Europe's last indigenous cultures, and an ethnic minority in Sweden numbering less than 20,000 people, the Saami are regaining their voice to fight for independence for their culture and traditional lands.

This innovative documentary by award-winning local director Janet Merewether presents the life of a woman who is passionate about preserving her language and culture for future generations.

Selected sessions will be followed by a Q&A with award-winning Australian director Janet Merewether. Check EVENTS pages for details (screening in Sydney and Melbourne only).