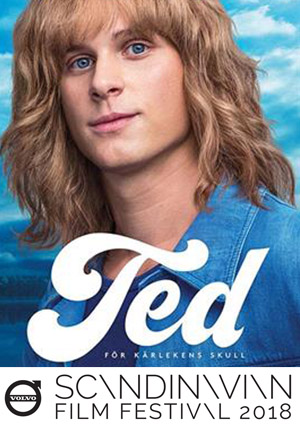 Ted Gärdestad’s astonishing rise to fame is like no other in the history of Swedish pop music. At the beginning of the 1970s ‘Tedmania’ swept through Sweden and the entire country marvelled over his joy, energy, talent and his breathtakingly beautiful songs.

Featuring a stunning central performance from actor and singer Adam Pålsson, who sings and plays the guitar on the soundtrack, this highly anticipated biopic tells the story of one of the greatest composers of our time, his strong bond to his brother Kenneth, and his turbulent, dramatic and all too short life. Ted Gärdestad became Sweden’s first teenage heartthrob seemingly overnight – causing him to spiral into a battle with mental illness. But Ted’s story touched an entire nation, with his music defining Swedish pop music, filled as it is with love, pain and hope.

Helmed by Swedish Oscar-nominated director Hannes Holm (A Man Called Ove Scandi FF 2016) and with a script by the award-winning screenwriter Peter Birro (Waltz for Monica Scandi FF 2014), the film was a smash-hit in Sweden this year - landing at number 1 at the local box office.