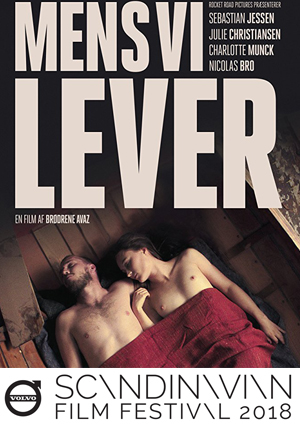 SCA18 While We Live

Inspired by true events, the five-time Danish Academy Award-nominated (Robert Festival) drama While We Live is a remarkable story of family, loss and love that follows four people in Northern Denmark and how their fates intertwine after a tragic accident.

When we first meet Kristian, he’s far from the place he grew up. Living and working in Jutland with his fiancé, it’s been five years since he was last in his hometown of Gribskov. After news arrives at his doorstep that his surrogate father Peter (Nicolas Bro, Small Town Killers Scandi FF 2017) is terminally ill, Kristian travels home to be by his side. There he learns that everyone still blames him for a devastating accident that tore his family apart, five years earlier. Emotions and conflicts resurface as Kristian faces his ex-girlfriend, Trine (Festival guest Julie Christiansen) in a final attempt to, at Peter’s dying request, reunite the family.