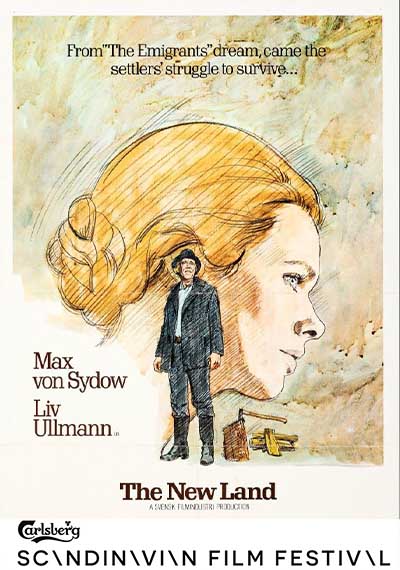 Cinema legends Max von Sydow and Liv Ullmann deliver remarkably authentic performances as Karl Oskar and Kristina, a couple who meet with one physical and emotional trial after another, having experienced an arduous journey to America from Sweden, and now living in the wilderness of Minnesota.

While clearing and farming their land, they must deal with the brutal realities of American frontier life, including a fierce Sioux uprising and the bloody Civil War, along with family squabbles and the lure of the gold fields of California.

Based on Swedish author Vilhelm Moberg’s four-part series of novels about the mid-nineteenth-century wave of emigration from Sweden to the United States, Troell’s engrossing drama depicts with precise detail their story, a story which is also that of countless other people who sought better lives across the Atlantic.

"Troell is a film master whose films are overflowing yet calm and balanced."