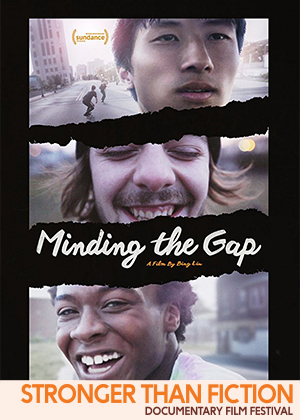 Liu’s debut is a coming-of-age story from recession-ravaged Rockford. Beginning as an ode to skateboarding, the film unfolds to explore the forces that push the boys together and apart. The revelation of Zach’s troubled relationship with his girlfriend leads Bing and Keire to their own family secrets. Liu’s focus becomes the gap between fathers and sons, between discipline and domestic abuse, and ultimately the chasm between childhood and becoming an adult.