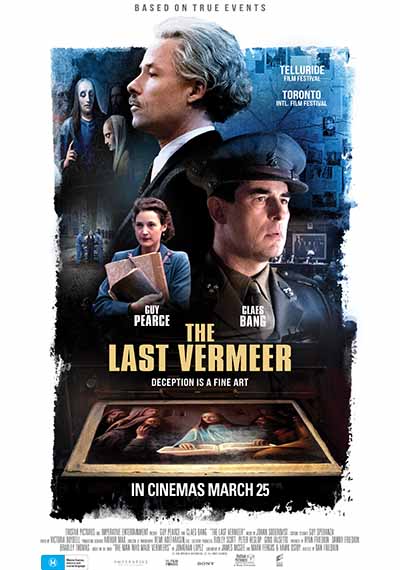 Claes Bang (The Square) stars as Joseph Piller in this captivating dramatic thriller set just after WWII - an all but forgotten true story - about a soldier investigating renowned Dutch artist Han van Meegeren, played by Guy Pearce (LA Confidential), who is accused of conspiring with the Nazis. Despite mounting evidence, Piller becomes increasingly convinced of Han's innocence and finds himself in the unlikely position of fighting to save the life of the colourful man with a mysterious past. The film also features Vicky Krieps (Phantom Thread).

"This once notorious, now nearly forgotten story easily captures and holds our interest, and Friedkin's smooth and unostentatious direction never gets in the way of the material."

"An enjoyable historical drama with a standout turn from Guy Pearce."