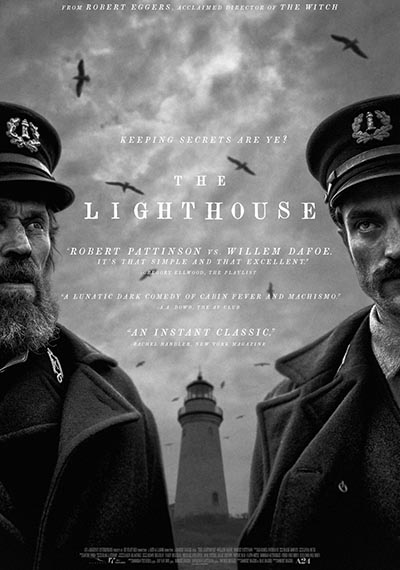 From Robert Eggers, the visionary filmmaker behind modern horror masterpiece The Witch, comes this hypnotic and hallucinatory tale of two lighthouse keepers on a remote and mysterious New England island in the 1890s.

"Dafoe and Pattinson have the stage pretty much to themselves, and the result is a beguiling crunch of styles."

"The Lighthouse is, among many other things, very funny in its pitch-dark fashion, and atmospheric in a way that's rarely seen, or felt, on the screen."

"A black-and-white fever dream of a film that keels between sea shanty and psychodrama, with heavy doses of the absurd."