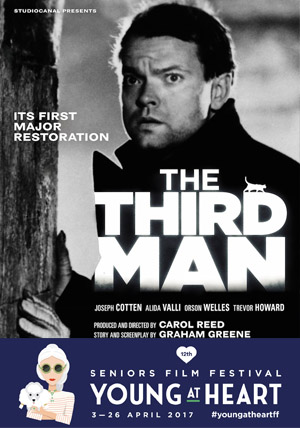 Pulp novelist Holly Martins travels to shadowy, postwar Vienna, only to find himself investigating the mysterious death of an old friend, black-market opportunist Harry Lime—and thus begins this legendary tale of love, deception, and murder. Thanks to brilliant performances by Joseph Cotten, Alida Valli, and Orson Welles; Anton Karas’s evocative zither score; Graham Greene’s razor-sharp dialogue; and Robert Krasker’s dramatic use of light and shadow, The Third Man, directed by the inimitable Carol Reed, only grows in stature as the years pass. With the 4K restoration of the film named Best British Film of the 20th Century by the BFI, discover anew the ingenuity of Krasker’s Oscar-winning cinematography and the brilliance of Greene’s script, as resonant today as it was 70 years ago.